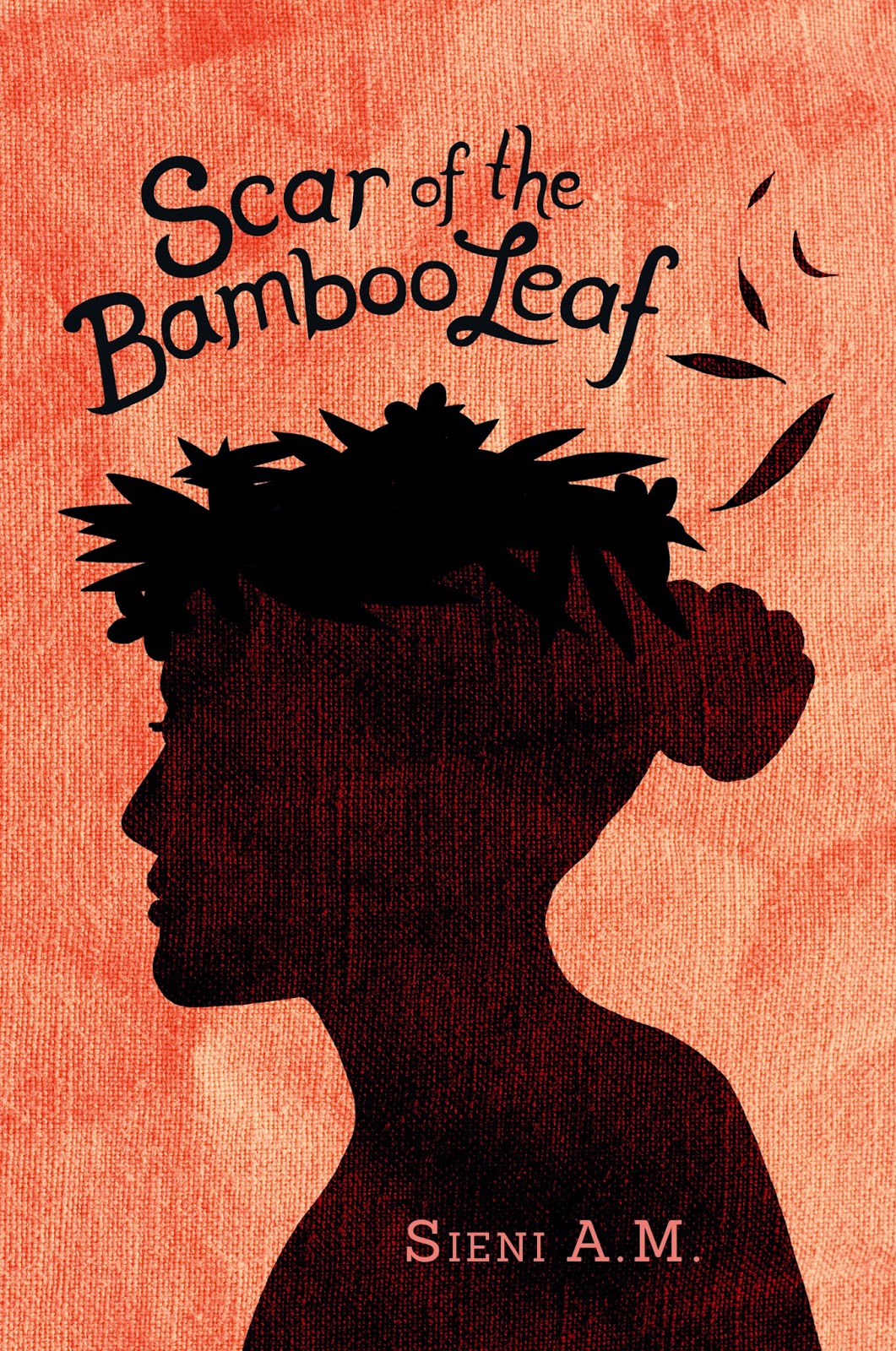 "Her heart wept when she realized that the hardest part about loving him was the idea that his love was never meant for her."

Walking with a pronounced limp all her life has never stopped fifteen-year-old Kiva Mau from doing what she loves. While most girls her age are playing sports and perfecting their traditional Samoan dance, Kiva finds serenity in her sketchbook and volunteering at the run-down art center her extended family owns.

When seventeen-year-old Ryler Cade steps into the art center for the first time, Kiva is drawn to the angry and misguided student sent from abroad to reform his violent ways. Scarred and tattooed, an unlikely friendship is formed when the gentle Kiva shows him kindness and beauty through art.

But after a tragic accident leaves Kiva severely disfigured, she struggles to see the beauty she has been brought up to believe. Just when she thinks she’s found her place, Ryler begins to pull away, leaving her heartbroken and confused. The patriarch of the family then takes a turn for the worse and Kiva is forced to give up her dreams to help with familial obligations, until an old family secret surfaces that makes her question everything.

Immersed in the world of traditional art and culture, this is the story of self-sacrifice and discovery, of acceptance and forbearance, of overcoming adversity and finding one’s purpose. Spanning years, it is a story about an intuitive girl and a misunderstood boy and love that becomes real when tested. 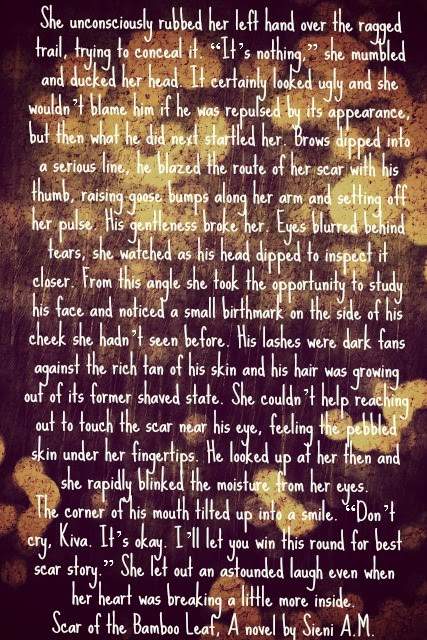 A few months back, several author friends of mine collaborated together to create a series of short stories centered around the theme of love. It's now live and available on Amazon. We hope you'll enjoy it. 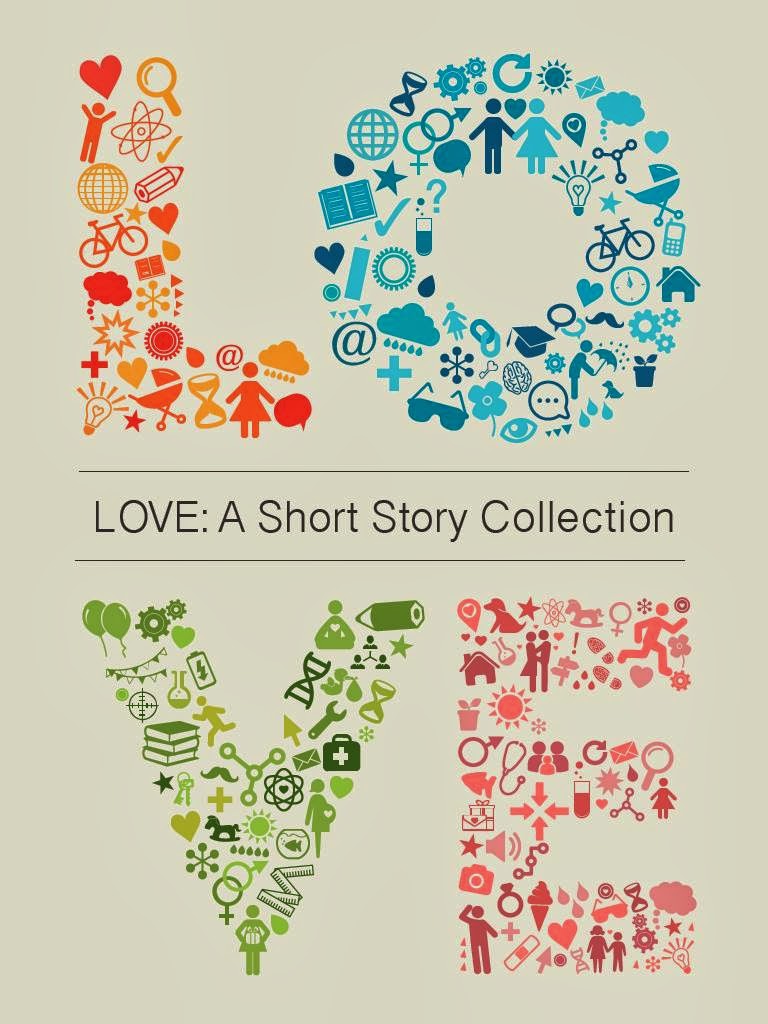 Blurb: For centuries, people have been captured by tales of love. What makes this human emotion so powerful that countless fables and legends, mythologies and parables, have been devoted to it? Because every one of us has, in one way or another, been affected by its mysterious pull. Love is a force, a connection, a spiritual quality that can transform human relationships from mere exchanges into lofty connections. Love has typically been portrayed in mainstream media as conditional and artificial, which makes many a love story vaguely unsatisfying. But the writers who contributed to the stories in this collection believe that we can learn to more capably convey it. It is the hope of these authors that their stories will both be satisfying, as well as contribute to your personal reflection about love.

New Project in the Works!

Wow, it's been a while since I blogged...I've kind of had to relearn my way around blogger. Where have I been? In truth, between the demands of being a mother and promoting Illumine Her, I've started working on a new novel entitled "Scar of the Bamboo Leaf".

I'm particularly excited about this new project because, well, it's new and fresh and the characters are different from Illumine Her. It's not a sequel (although some of you have asked about that and I may have a few ideas up my sleeve about a Part 2 so we'll see).

My new novel is a coming-of-age story about a 15 year old girl in Samoa. She's a sketch artist (and there will be all sorts of traditional art thrown in there) who goes to school and lives with her aunt and uncle who own an art center. And of course there's a boy... an afakasi boy from the States who she meets and befriends along the way and who she discovers has a lot in common with her despite their different ethnicity and upbringing.

Okay....who would like a little teaser? (Eeeek! I'm putting this out there with all the trepidation and nervousness that comes with the territory of writing). Here goes. I hope you enjoy it!

Scar of the Bamboo Leaf, 2014
(unedited and subject to change)


Poised along the far wall to avoid distraction, Kiva perused the students scattered around the room, heads and shoulders bent over their wood carvings, the clink and thud of the chisel and mallet competing over each other. Uncle Mau paced his time with each student evenly, making his way around, offering guidance when needed. Kiva couldn’t make out his words from where she sat; only a few low mutterings accompanied by the shake or nod of his head.
Kiva’s eyes drifted around the room until they settled on the boy with the mysterious tattoo. Ryler. Her suspicions were correct about his work when she noticed the slab of wood with the sliced words in front of him. He hadn’t spoken a word to any of the other boys, didn’t acknowledge them, and they avoided him too, as if he had erected an invisible wall and they were aware of it.
Her uncle had no problem stepping through it though. He was with him now, speaking in low tones and gesturing to his work. What was he saying? Kiva strained to hear but nothing came to her over the mass of carving sounds. A muscle in Ryler’s jaw jumped as he sat, head bent, listening to him. Uncle Mau remained with him for some time, talking and listening, acknowledging the need to spend more time. Finally, a tap on his shoulder and a single nod before he moved away.
Kiva noticed when Ryler picked up a carving knife, paused in concentration, tentative and contemplative, before he met it with wood, the muscles in his broad back contorting and flexing from the grip and release of the tool. What had he decided to carve? Kiva wanted to inch her way forward to find out but kept herself firmly planted. Thirty minutes passed and still she sat riveted to her spot.
A couple sharp drops on the roof was the only warning to the torrential downpour that followed.
“Kiva!” Hana’s voice shouted from across the yard and made her jump. “It’s raining! Get the laundry!”
Kiva scrambled off the floor, the noise drawing attention, and raced to the line.
The knifelike sting of raindrops hit her on the back and soaked through her shirt. Ignoring the pricks, she rushed to unpeg each piece of clothing, throwing it in the bucket, and returning for more. The rain came down harder and faster, blurring her eyesight, the sound a thunderclap and roaring in her ears. Tea towels, Uncle Mau’s shirt, Aunt Lola’s lavalava, Hana’s school skirt. Breathless, her quick movements had long ago uncoiled her hair; the pencil slipped out and lost somewhere.  She was nearing the end of the line, grappling with a sheet, when she glanced up and noticed the boys running from the center to the van, their lesson over.
Ryler appeared last through the door, his brown eyes trained on her, and descended the stairs with heavy, deliberate steps. Kiva stared wide-eyed as he stepped into the rain and came towards her with unhurried, even strides. She watched as his grey shirt was pelted with raindrops, soaking through until the wet dots spread and connected.
When he was a foot away, he lifted his hand.
“You dropped this,” he said, his deep voice an octave lower than the downpour.
Kiva glanced down at his hand and saw the pencil she used to pin up her hair. It must have dropped in the art center in her haste to take down the laundry. Reaching for it she noticed the deep scars on the inside of his left wrist and paused. From this close they looked even worse.
“It’s not what you think,” he answered, interpreting her thoughts.
Kiva snapped her eyes to his face. His eyes were lowered, thick lashes dripping from the rain, a line formed between his eyebrows. She saw a scar near his right eye, something she hadn’t noticed before.
The sound of the van’s horn blared from the drive way.
“Ryler! Hurry up, we’re going!” A superior gestured for him impatiently in the rain.
“You better go,” Kiva said. “Thanks for returning this,” she took the pencil from his hand and curled it in her fingers.
Ryler nodded once and jogged over to the waiting van, his shirt now drenched through and stuck to his broad shoulders.
Kiva let out a deep breath and gathered her long hair in a bun, wrapped it once, twice, before stabbing the pencil through.

For visual inspiration for 'Scar of the Bamboo Leaf' click here

I'm dubbing this "Alana's Favorite Things" which includes everything you see in the picture plus more:

* The green sarong/lavalava you see in the background (perfect for summer!)
* Handmade ili (Samoan fan)
* Rainkissed Leaves body lotion from Bath & Body Works (smells divine...remember the scene she used this on her face, arms, underarms, hair? One of my fav scenes!)
* Covergirl's LashBlast mascara
* Some beautiful authentic jewelry from a country she visits in the book (guess where? clue: her dream destination)
* The Kindle version of The Bone Bearer (Telesa series #3) delivered to you on the day it launches
* AND a signed paperback of Illumine Her (first ever!)

To enter: Simply write a review of Illumine Her on Amazon; the draw will take place on 1 July. If you've already done so, your name's in. Share, share, share and good luck! 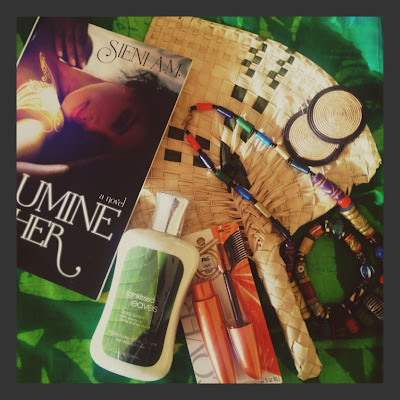 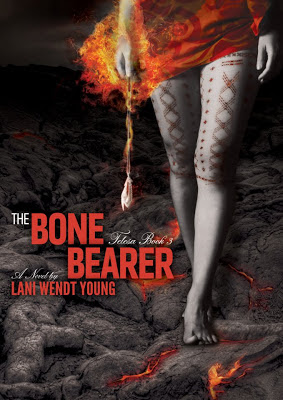 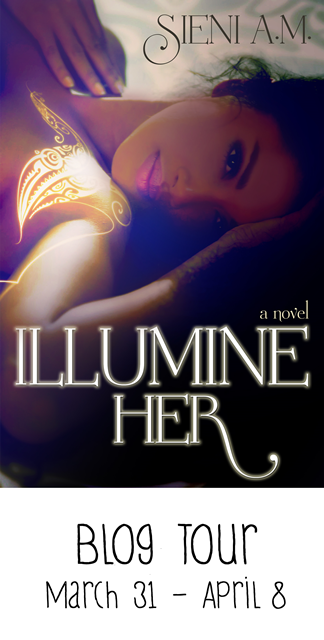 There is a fantastic line up of book bloggers with reviews, promos, and giveaways to watch out for! Check it out:

Thank you to everyone who posted a review on Amazon!

The winner of Sarah Dosher's debut novel Haven from the Storm is: